Mar Jacob of Serugh (c. 451-521), belongs to the Golden age of the Syriac Literature, that extended from the fourth to the sixth century. By origin he belonged to the Semitic Christianity, to the world of Saint Ephrem the Syrian who was for him a great teacher and a model to be imitated. In the Western Syriac tradition, he is known as Flute of the Holy Spirit and the Harp of the Orthodox Church.

Mar Jacob lived in theologically exiting times. The formula of Chalcedon, that will introduce what will turn be the greatest Late Antiquity church-division, was pronounced in the year in which Mar Jacob was probably born. As mature man, and ordained cleric, he witnessed the divisions within the Syriac speaking Christians. He died in his seventies, spending the last years of his life as the bishop of Baṭnan in the district of Serugh, southeast of Eddessa.

As Saint Ephrem before him, Mar Jacob epitomize what is considered to be Syriac spirituality. Talking in a symbolic manner he, in the appearances of the physical world, sees hidden realities of God, that are transferred to the humankind, through Scriptures, Christ and the Church by faith, love and work of the Holy Spirit. Thus, in his Hexaemeron, where he describes the Creation of the world, before pronouncing the opening verse of the Book of Genesis, he reflects upon the mystery of God and his creation, using the Syriac root TeHaR, to express his marvel, wonder and amazement.

Further he speculates how God, out of his great mercy, descended from the high up and lowered Himself to create and to save:

He lowered Himself from the glory of His creatorship, He brought Himself lower than the glory of His workmanship and reached the dust so that His image would be painted there on the fine dust. He emptied Himself from all fames, from all praises, from all wanders of unfathomable divinity, and He descended reaching the tiniest piece of clay intended for Adam, and with the very clay the great Self-Existent One mould him and in the shape of divinity descended to the earth and was painted on the soil eventually to become Adam.

Why did He humble Himself? asks the pragmatical thought of Mar Jacob, and gives answer: It was destined that His Son would humble himself when was to save the image of his Father? And indeed, in his Hymns, Mar Jacob completes his vision of the first creation, introducing the second one, where Virgin Mary now appears as a new heaven, while her pure womb became Christ’s first abode. But Christ, explains Mar Jacob further, lowered Himself, descending into the second womb or abode, that was the Jordan river at the moment of His baptism. Finally, in the womb of Sheol, where time and space were transfigured, Christ for the last and final time, lowered Himself even more for the sake of the fallen humankind.

In the history of salvation, as envisioned by Mar Jacob, from the creation out of nothing to the descend into Sheol, Christ fulfills all creation – He fill all things with Himself. 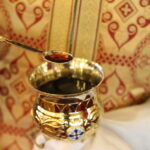 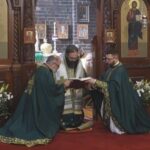 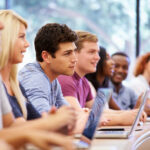 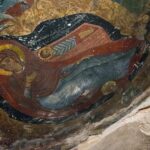 “Shine the radiance of Your Divinity…”